Chinese e-commerce giant Alibaba Group Holding Ltd. is in discussions with its major shareholders to reclaim a formal stake in its strategically important online-payment affiliate, said people familiar with the matter. 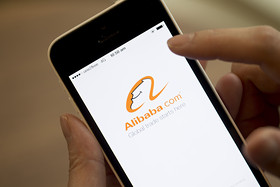 A stake in the affiliate, called Alipay, could significantly raise the future value of Alibaba, now preparing an initial public offering already expected to be one of the largest in U.S. history.

However, even if an agreement over Alipay is reached, it isn’t expected to take effect before the IPO, the people said, and would face regulatory review in China.

Alipay is central to Alibaba’s operations, processing its e-commerce payments similar to the way PayPal handles transactions for eBay Inc. /quotes/zigman/76117/delayed/quotes/nls/ebay EBAY -4.97%   It has also jumped into financial services, and now controls China’s largest money-market fund, with assets of $ 87 billion.

The Alibaba-Alipay relationship has been controversial, and demonstrates an often interconnected web of Chinese corporate ownership.

Alibaba founder Jack Ma separated Alipay from the group in 2011, saying the spinoff was necessary for Alipay to obtain a license to continue its business under then-new Chinese government regulations.

The move prompted large Alibaba investor Yahoo Inc. /quotes/zigman/59898/delayed/quotes/nls/yhoo YHOO +0.33%  to complain it wasn’t made aware of the transfer of Alipay until after it was enacted. Some investors were angry that the shift devalued their holdings.

Alibaba said at the time that its board, on which Yahoo co-founder Jerry Yang held a seat, had previously discussed the possibility of such a spinoff. The two firms, and another major investor SoftBank Corp. /quotes/zigman/139194/realtime JP:9984 +0.53%   /quotes/zigman/139200/delayed/quotes/nls/sftbf SFTBF -1.59%  , later reached an agreement over terms of the separation.

An expanded version of this report appears on WSJ.com

Farrell: Buy into Alibaba, but not the China Dream